Drones are Coming to your Business

Humans have been using machines to perform difficult and dangerous tasks since the beginning of time. Machines controlled by hand evolved to machines that could be operated at a distance and, with the invention of flight and radio, machines that could be controlled over longer distances while in the air. Those early remote controlled flying machines have evolved to what we now call 'drones’. The modern drone, or unmanned aerial vehicle (UAV), first appeared as a military device in World War II. Primitive by today’s standards, these unmanned flying machines conducted aerial reconnaissance taking still-shot photos behind enemy lines. Controlling them even from short distances wasn’t easy and avoiding enemy artillery was even harder. The cost, complexity and relatively limited use kept drone technology mostly within government and military hands through the 1950s and 1960s. As satellite communications matured in the 1970s and 1980s, controlling drones over longer distances allowed their use to expand. Commercial access of satellites and, eventually, long-distance wireless, made the use of drones more practical for law enforcement and scientific research use. Drone costs were still high, in the tens of thousands of dollars, but the value and reduced risk of injury to human life made the investment well worth the costs. Over the last five years, two fundamental changes brought the use of drones to small businesses and consumers by a factor of 10. The first was a 2016 change in Federal Aviation Administration (FAA) regulations that allowed just about anyone to get a license to operate a drone. Prior to that, a commercial operator needed the equivalent of a pilot’s license, hardly something that most people were willing or able to get. The second change was the drop in the cost of drones. Today we have more types, sizes and styles at relatively low cost, making them available to just about anyone. There are multi-rotor drones which are easy to maneuver and can easily carry small cameras for short periods of time. There are fixed-wing drones which can travel high and far but are less maneuverable.
There are also single-rotor helicopter drones which can take off and land in tight spaces. Some of these cost less than $500 and fly hundreds of feet into the air. Add inexpensive HD video cameras and they can serve the needs of local news stations, non-profit relief agencies or anyone else who wants to “be” somewhere that they can’t get to in person. The expanded availability has just started to trigger a wave of new businesses to support drones. Similar to what happened with affordable computers in the 1980s and 1990s, and then again with mobile phones, the businesses range from services to add-on products. Want a unique perspective captured on your special day? Photographers and videographers are using drones at weddings and other events to get unique pictures and videos. Want to learn how to fly a drone? Take a half day class at Fred’s Flying Academy. Did you crash your drone and now need it repaired? Just go to Joe’s Drone Repair shop and he’ll make it good as new for a fraction of the price of replacing it. Want to add some style to your drone? Visit Debbie’s Drone Designs where you can have someone paint your own logo and name on your flying machine. Want to pay for the one-time use of someone’s idle drone so you can deliver a last-minute gift? Just use your mobile app to request Rent-A-Drone - kind of an Uber for drones. While these new business ideas will provide opportunities, how will big companies use drone technology improve or expand their existing businesses? Major telecoms will use a connected web of drones to create temporary wireless communication networks in remote or disaster-struck areas. This is already being tested as a less expensive and faster way to deploy high speed internet. It could be a short-term or permanent solution and certainly could be an alternative where expensive traditional infrastructure isn’t practical. Probably the most publicized idea for using drones is package delivery. Amazon is leading the way by testing home delivery of packages up to 50 pounds from one of their growing network of warehouses. There are plenty of legal and regulatory hurdles to overcome but it seems likely to be just a matter of time before we have Amazon Prime Air. Another idea is to use drones to gather data to supplement analytics and research businesses. Adding data that can be more easily gathered from the air with existing analytics services is sector that bears watching. Watching people, traffic patterns, and animal migrations quietly and inexpensively provides additional data points for businesses and their customers. Privacy advocates will certainly raise concerns, but drone data capture is no more or less invasive than the hundreds of surveillance cameras lining our city streets today. Futurists say that 80 percent of the jobs that will be available in 2025 haven’t yet been introduced into our market. While expanding quickly, the drone industry is really just getting started. Military and government use will continue and the growing number of business and consumer uses is sure to cloud the sky with small flying machines in the coming years. Drones don’t need sleep, just power and occasional maintenance, which makes them a great solution for many things that are better done from the air. Who knows? Maybe our future will be filled with shared, self-driving cars that are constantly in use and don’t need parking lots. That will leave a lot of open space that can be reused for short landing areas so drones can pick up and deliver packages, refuel and get serviced. Think about this—we may see drone-charging ports installed right next to electric car-charging stations. 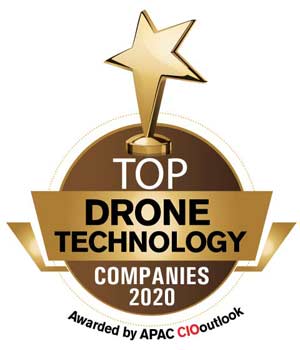 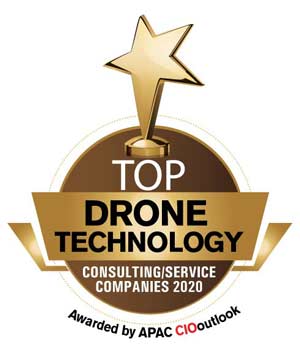 Customer Engagement Management: Trends from a Marketer's Point of View

The Modern World of Data Centers

Northern Virginia: How the Washington, DC Suburb Became the Model for the Global Data Center Market

How can we make the Data Center Future-ready?

Why Your Payments Strategy is the Key to Your Digital Future